October 15th
Egypt:  A Trip up the Nile

The very name Egypt immediately conjures pyramids and sphinxes, tombs and temples, pharaohs and gods.  This illustrated lecture will serve as an introduction to the religion, history, and culture of ancient Egypt.  I proceed both chronologically and geographically, from the pyramids constructed by the Old Kingdom pharaohs at Giza (outside modern Cairo), to the massive temple to Osiris built by Rameses II during the New Kingdom at Abu Simbel (near the Sudanese border).  Throughout our excursion, I integrate the worlds of ancient Egypt and ancient Israel – including, for example, Rameses II’s defeat of his enemies  “by a mighty hand and an outstretched arm,” a motif picked up by the author of Deuteronomy (4:34, 5:15, etc.), though naturally transferred to God, who defeats the Egyptians with the same pharaonic stance.

November, 19th
In Search of Ancient Israel:  In and Out of Egypt

Or to put this in other terms:  was there an Exodus?  In my experience with public lectures, this is the single most question put to me – and the answer is not a simple one.  We will survey the totality of the evidence, which includes Egyptian documentation regarding Semites arriving with their flocks, in order to keep themselves alive (think the Joseph story), people on the social margins building the city of Rameses (think Exodus, ch. 1), and the Egyptian army tracking down escaped slaves in the wilderness (think Exodus, ch. 14).  So while there is only one explicit reference to Israel – in the Merneptah Stele, dated c. 1220 B.C.E. – there is plenty of parallel information which speaks to the general historical question. 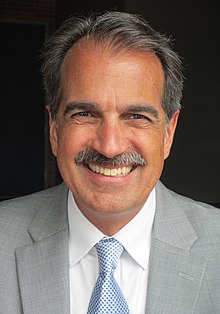 Gary A. Rendsburg is a professor of biblical studies, Hebrew language and ancient Judiasm at Rutgers University. He holds the rank of Distinguished Professor and serves as the Blanche and Irving Laurie Chair of Jewish History with positions in Rutger’s Department of Jewish Studies and Department of History.

Monday, November 29th.
Tour of the Egyptian Galleries at the Metropolitan Museum of Art

It is not an overstatement to say that the entire narrative of Exodus 1‒15 is suffused with themes and motifs known from ancient Egyptian culture, religion, and literature.  These include:  the hiding of baby Horus in the bulrushes by his mother Isis, the turning of one’s staff into a snake or a crocodile, handling the snake by the tail, the hardening of the heart, three days of darkness, the splitting of the waters, and death by drowning.  That’s right, all these and more may be found in Egyptian art and literature, even if most biblical scholars remain little aware of these remarkable parallels.

With the destruction of the First Temple in 586 B.C.E., Jews left the land of Israel in large numbers. Over the course of the next two centuries, we find a considerable amount of archaeological evidence for Jewish life both in Egypt and Babylonia. The former includes most remarkably the outpost of Jewish soldiers and families at Elephantine, in the far south of Egypt, opposite Aswan.  Not only did the Jews prosper there, in the service of the Persian Empire, but – contrary to what one might expect from reading the Bible – they built a temple to the God of Israel in Elephantine, the remains of which were excavated by archaeologists more than a century ago.

January 21-22 will be a Scholarship in Residence Weekend with The First Diasporas lecture on Friday, January 21 and The Jews of Hellenistic Egypt on Saturday, January 22.

The conquests of Alexander the Great brought Hellenism to the entire Near East in the late 4th century B.C.E.  No Jewish community reflects the symbiosis of Hellenism and Judaism better than the large and thriving community of Egypt – especially in Alexandria, though in other locales as well.  They translated the Bible into Greek, they built synagogues (called proseuche in Greek) dedicated to the Ptolemy kings and queens, they wrote Jewish literature in Greek, they were fully integrated into the society and the economy, and in one case they even constructed a temple in Egypt (to rival the one in Jerusalem) – that’s right, yet another temple in Egypt, notwithstanding what one might expect from reading the Bible with its focus on the centrality of the Jerusalem Temple.

February 6th
From Córdoba to Cardamon: The World of the Cairo Geniza

During the 1890s the contents of the Cairo Geniza, the storeroom of the Ben Ezra Synagogue built c. 900 in Fustat (Old Cairo), came to the attention of scholars in England and elsewhere.  The discoveries constituted nothing less than a revolution in the field of Jewish studies.  In the end, 300,000 documents (mostly in Hebrew and in Arabic, but in other languages as well) emerged from the dusty attic space, including old Torah Scroll sheets, bridal trousseau lists, records documenting the spice trade with India, Maimonides’s own drafts of his legal and philosophical works, and – perhaps most remarkably of all – the memoir of an Italian monk who had converted to Judaism.  In sum, every aspect of medieval Jewish life, from the sacred to the mundane, is revealed through our study of the always fascinating Cairo Geniza documents.