We Cannot Be Silent in a Moral Emergency

Many of you have responded to the inhumane policy of family separation happening at our southern border. We are asking you to join over 12,000 organizations and individuals who have signed a document declaring that we are in a state of moral emergency. We believe the Jewish community must respond with one clear voice.

Please read the information below and at www.bendthearc.us and then click to add your name to the declaration.

We will continue to follow-up with additional resources and opportunities for more action.

When our nation is hit by a natural disaster our leaders declare a state of emergency. Resources are diverted. Communities come together to help. We focus on saving lives and recovery. Business as usual is stopped.

Right now our nation is being struck by a human-made disaster caused only by the cruelty of this Administration. The very soul of our country is under attack. We need to call this moment what it is — a state of moral emergency — and focus the full attention and resources of our community to stopping the government acting in our name.
As Jews, we cannot be silent as children and families are dehumanized, criminalized, and traumatized by the President of the United States.

That’s why I’m reaching out to the American Jewish community — individuals, community leaders, and organizations — to Declare a State of Moral Emergency.

In 1963, Rabbi Abraham Joshua Heschel sent a telegram to President Kennedy about the crisis of civil rights in this country, proposing he declare a “state of moral emergency… the hour calls for high moral grandeur and spiritual audacity.” Inspired by Heschel’s words, we must declare this state of moral emergency ourselves.1

Every day since they began this policy, our government separates an average of 48 children from their parents, with no plans or process for their reunification. Our hearts are torn open by reports of crying babies beings taken from their mother’s arms, of children being sent to bathe and never returning to their parents, of tent cities to house children in the Texas desert in summer, of indefinite detention.3

As Senator Lindsey Graham said on CNN, “President Trump could stop this policy [of family separation] with a phone call.” Instead, the Administration is lying about the origin of their own “zero-tolerance” policy, blaming the opposition and attacking journalists. They are quoting scripture as a justification for unconscionable cruely.

This is what encroaching authoritarianism and white nationalism looks like.
We must connect the dots.

Jews know all too well what it looks like for a government to punish and enact cruelty on the most vulnerable. We have seen this before. We must sound the alarm now and commit to taking action and taking risks together to end this crisis.

Add your name to the Declaration of a State of Moral Emergency. 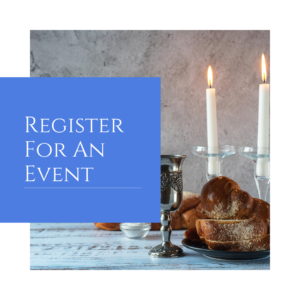 We Are Closed Today
Due To Inclement Weather

Order Your Honey For Rosh Hashana

Order Your Honey For Rosh Hashana